A guy who writes stories, not an Author 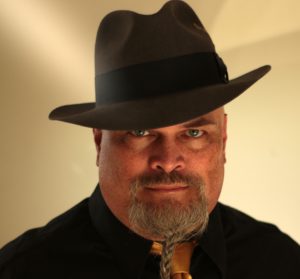 So now you clicked on this link, OK…..

BA Anderson is not an author but instead just some guy who wrote some stories and continues to meddle in that sandbox.  He took to writing out of frustration. After watching many post-apocalyptic stories turned into movies and television use stupidity as a plot device, it wore him down and he was forced to write a story where the main characters were not so stupid they could not have survived the apocalypse.

In the more biographical vein, he has no background in writing.  He is actually just a teacher and school counsellor who’s only previous experience writing was academic.  He has a life-long passion for martial arts and an interest in the ideas of survivalism.  That said, his is not an in-the-woods prepper, (but he might be interested in it as a thought experiment). He thinks a lot about how wrong things could go.  His innate sense of paranoia keeps him imagining and dreaming of a darker future.

He has also had a long history of testing ideas of survival in the imaginary playground of role-playing games.  This too is an area for inspiration.  He has a love of Science Fiction and Fantasy and will be trying his hand at those as well.

When he became too old and broken to be a good martial artist anymore he took up what he calls “Old Man martial arts”, or action shooting.  IDPA to be specific.  No he is not a gung-ho champion shooter, just does it for fun.  You will see, should you peruse his writing, that all of these things show up in his writing.